1947 Beech Bonanza For Sale: “Not a Ramp Queen or Sitter” 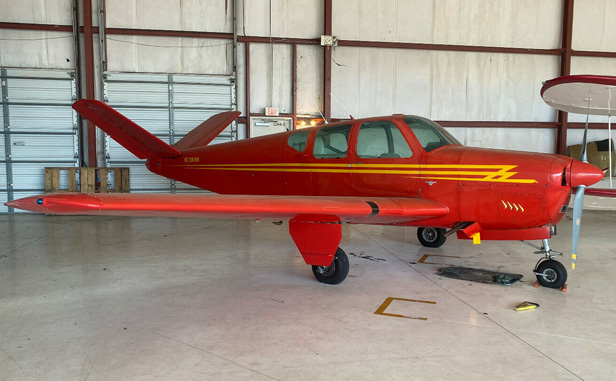 A 1947 Beech Bonanza described as “not a ramp queen or sitter” has been spotted for sale. The listing states (in part):

6696TT, 400 SMOH E-225, Hartzell hydraulic 400 SPOH, no damage or prop strike, cheap!… The spar carry-through has had a beef-up kit added. The wobble fuel pump has been made obsolete by the addition of a proper weldon electric pump. 10 gallon fuselage tank for an extra hour of flight. And the 2 big changes; the E-185 engine was converted to 225 H.P. at the last overhaul. And the prop was replaced with a Hartzell constant speed, which was overhauled and upgraded with new clamps and shank modifications in accordance with AD 97-18-02 to eliminate the ongoing inspections! This aircraft has been well maintained, with 1 shop doing all the annuals from 2001 to 2012, and another all annuals from 2013 to 2019, when the airplane was sold. The last annual was performed 12/1/20, which just expired 2 months ago on 12/31/2021.

The machine is reportedly sold with “logbooks since day 1, 10/22/1947 to the present for the airframe, engine from 1947 to the present, separate prop log from 2012 to the present plus 2002 upgrade to eliminate AD. Plus a super nicely organized binder with 337’s, weight and balance, ad compliance, etc., etc. Plus a box full of supporting paperwork and manuals! And the FAA bill of sale! And the FAA airworthiness certificate! And the keys!” END_OF_DOCUMENT_TOKEN_TO_BE_REPLACED 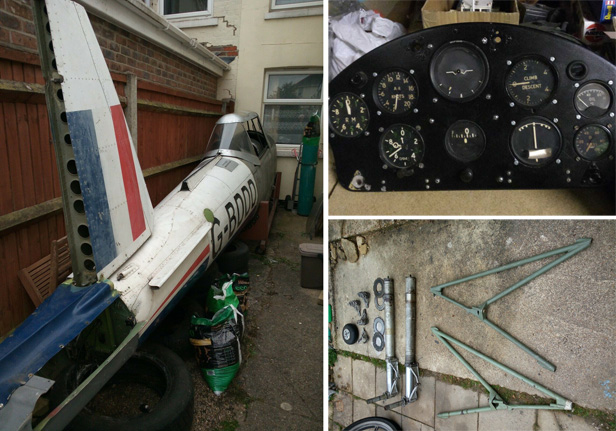 A de Havilland Chipmunk project has been spotted for sale. The listing states (in part):

this aircraft has been collecting parts over 17 years of ownership… there is about 75% of the aircraft, but i was going to build new wings at the time. so you will see there is only ribs, and 1 flap and 1 aileron. so if you can find some damaged wings, you have some parts to repair them. the fuselage is complete, this will include all the instruments and all the hard to find parts as well. this chipmunk will be sold with lots of NOS which is still in there boxes… there is no engine in this sale… the canopy has all the plastic windows in it, but some will need to be replaced, due to age and damage. the tail plane is complete including elevators, rudder and a band new rudder horn to go with it.

The project is located in Eastleigh, United Kingdom and is currently being offered for £6,500, although bids are also being accepted. Click here to check out the listing. 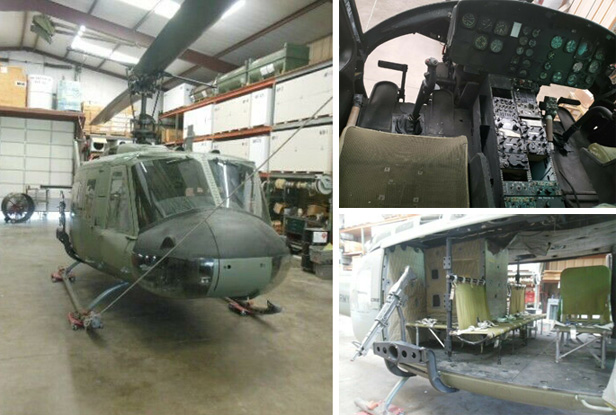 A Bell UH-1H Huey museum display has been spotted for sale. The listing states(in part):

The helicopter is located in Cleburne, Texas and is currently being offered for US $41,500, although offers are also being accepted. Click here to check out the listing. 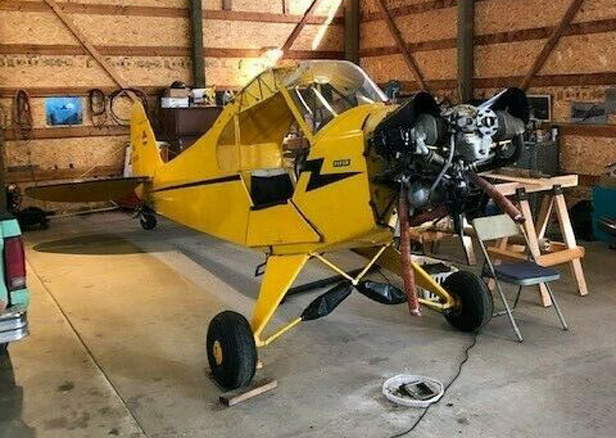 A 1939 Piper J-3 Cub project has been spotted for sale. The listing states:

The project is located in Tonasket, Washington and is currently available for bidding. Click here to check out the listing. 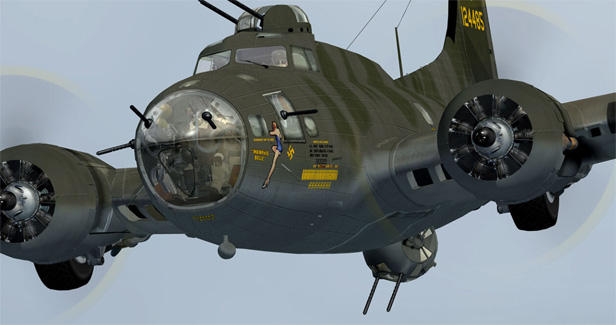 With the release of the new Microsoft Flight Simulator (MSFS) in 2020, Flight Simulation developer Aeroplane Heaven has announced that they have made the decision to halt all development for FSX and P3D and make their FSX/P3D products FREE to download.

The selection includes a number of legendary warbirds such as the B-17, C-47, Grumman F3F-2, Heinkel HE-111, Hawker Hurricane and Typhoon, SB2C Helldiver and Bristol Bulldog. The developer has arranged for ORBX to carry the free titles exclusively, and they are currently available from the Freeware section of their website.

Click below to check out the complete announcement from Aeroplane Heaven.

END_OF_DOCUMENT_TOKEN_TO_BE_REPLACED 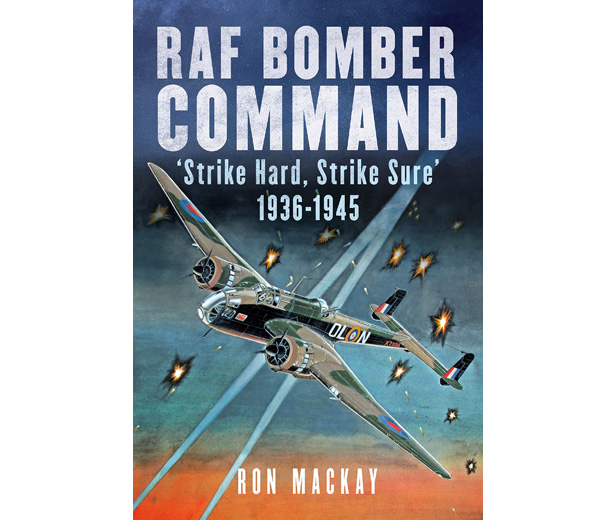 From 1939 to 1942, Bomber Command was very weak in terms of human and material losses. The navigational means with which to accurately guide bombers to targets was almost completely lacking while the enemy defensive network inflicted serious casualties. Consequently, the punishment handed out was minimal. The resurgence of Bomber Command’s fortunes coincided with the appointment of Sir Arthur Harris. The advent of four-engine designs such as the Avro Lancaster and Handley Page Halifax ensured that a greatly increased bomb tonnage could be delivered. Also, electronic aids such as Gee, Oboe and H2S simplified the task in finding targets. Therefore, by 1944-1945, the RAF’s bombers pulverised Hitler’s Third Reich. Although flak and night-fighters took a heavy toll on the bombers, the RAF’s nocturnal offensive in conjunction with the USAAF’s daylight assaults crippled Germany’s ability to fight back.

The 556 page title is described as “historically rich in detail” and boasts “previously unpublished photographs from private archives.” 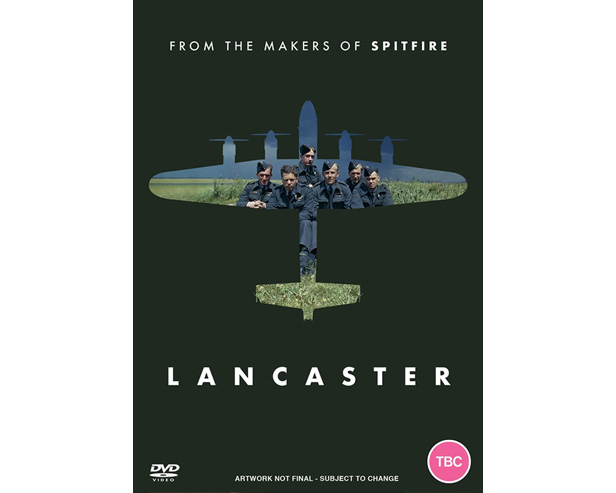 A new film entitled Lancaster is slated for release in May.

Details are currently limited, although the production will reportedly tell “the story of the Lancaster and the crews that flew her.” The film was created by the team that previously released Spitfire, which shares the story of the iconic fighter in the words of the last-surviving combat veterans.

The Lancaster film is currently available for pre-order in DVD and Blu-Ray formats. 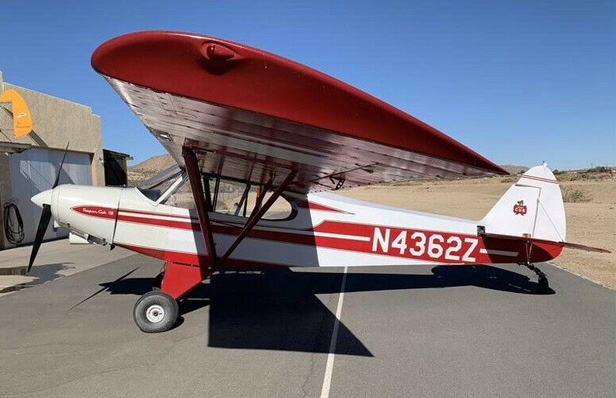 The aircraft is located in Soldotna, Alaska and is currently available for bidding. Click here to check out the listing. 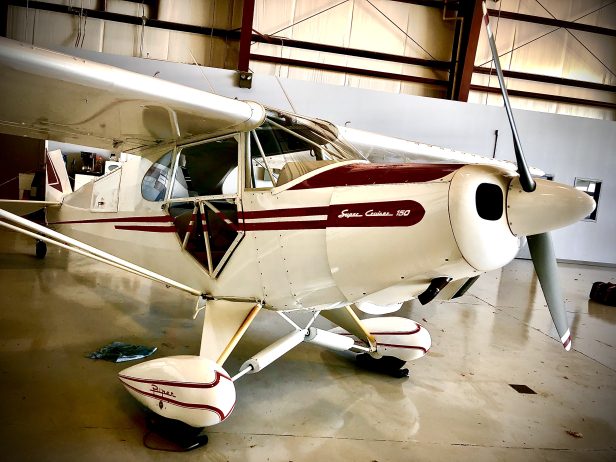 This highly modified Super Cruiser 150 has undergone a complete restoration by George Baker of new Smyrna Beach… The aircraft looks nearly new and shines everywhere!!! This highly modified Super Cruiser has almost every mod available and is now essentially a 3 place Super Cub… Currently in license and flown regularly Offered with a fresh annual at time of sale. Original logs since new. Very well documented and photographed restoration.

According to the listing, the machine has 2385 hrs TTSN, with 120 hrs since complete restoration. The engine has 875 hrs SMOH and the propeller has 925 hrs TSN.

It is located in Hendersonville, North Carolina and is currently being offered for $149,500 Click here to check out the listing, which includes a great deal of additional photos, as well as a lengthy list of avionics, features, mods and STCs. 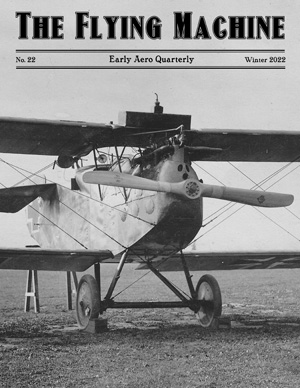 Aerodynamic Media, LLC is proud to announce the release of the 22nd issue of The Flying Machine: Early Aero Quarterly.

The Flying Machine focuses exclusively on “aeroplanes” manufactured prior to 1920, as well as the current work of historians, builders, restorers, museums and collectors to preserve and promote interest in the early years of flight. Published in print and digital formats, The Flying Machine is offered on a pay-per-issue basis – no subscription required!

Join us as we pay tribute to early aircraft and the visionaries, geniuses and daredevils who conquered the air while producing some of the most fascinating, ingenious and beautiful machines in aviation’s short history. Click here to purchase!