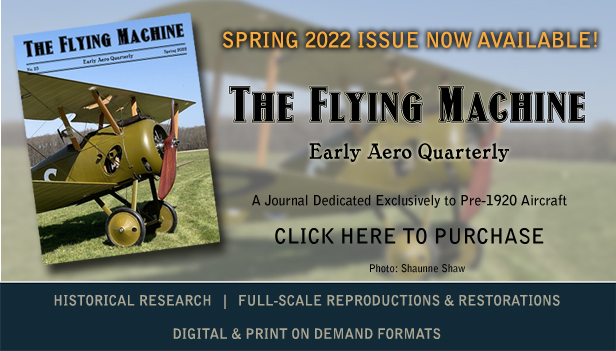 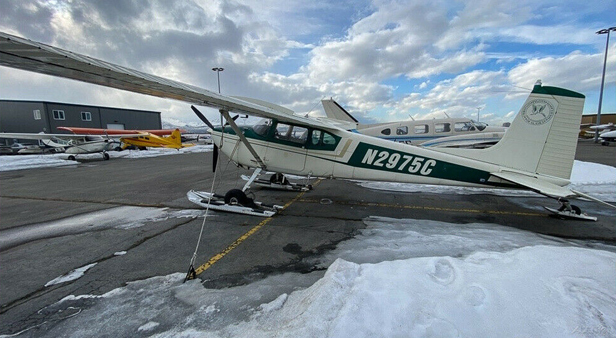 The aircraft is located in Anchorage, Alaska and is currently available for US $180,000, although offers are also being accepted. Click here to check out the listing. 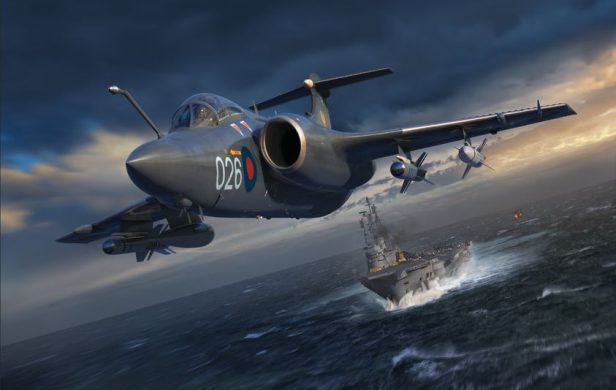 Airfix has revealed the liveries for their upcoming new tool Blackburn Buccaneer S.2 in 1/48 scale.

The new offering follows the 2019 release of Airfix’s new tool Buccaneer in 1/72 scale (A06021). The kit contains plastic sprues and decals and is described as “highly detailed” with a 280mm wingspan.

It is currently slated for release sometime this summer. Click below to check out livery profiles and model renderings.

END_OF_DOCUMENT_TOKEN_TO_BE_REPLACED 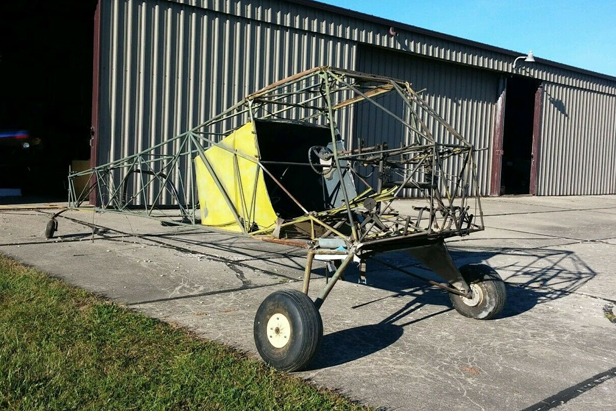 A 1946 Taylorcraft project has been spotted for sale.

According to the listing, the machine includes a C85 engine and lots of extra parts. There are no logs for the engine, but airframe logs are included.

The project is located in Batavia, Ohio and is available for US $5,000, although offers are also being accepted. Click here to check out the listing. 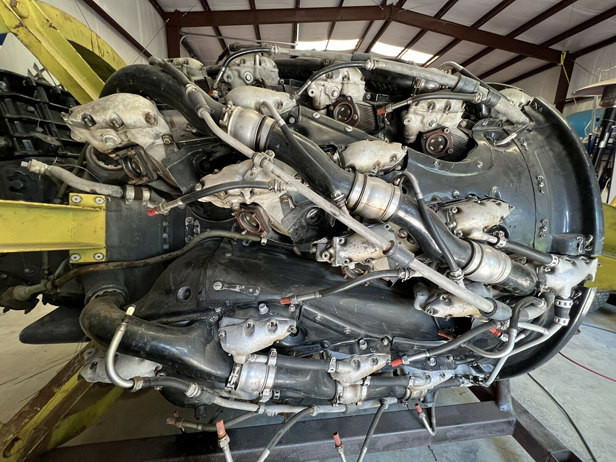 A Pratt and Whitney R-4360-4W radial engine described in the listing as “Hughes Aircraft Owned” has been spotted for sale. The listing states (in part):

Up for sale is a Pratt and Whitney R-4360-4W 28 Cylinder 3000 horsepower Radial Engine. Manufacture number is P3079… I pulled one of the top cylinders and found zero corrosion on the inside. I did not pull all 28… The original logbooks are missing. I believe them to have been kept by Hughes Aircraft. The first model R4360-4A engine was used on the H4 Hercules. This engine is an R4360-4W. (wet rating)… The Navy’s Martin Aircraft AM-1 used these 4W engines and I believe this is where the engine started its life. The big question is what aircraft was this used on at Hughes and what was Hughes doing with it? I do not for sure know… It comes with 3 boxes of spare parts some in their original packaging. It also comes with a letter from the Summa corporation where this engine was donated to the Boy Scouts of America in 1984 from Hughes Aircraft… I’m selling this engine as a non working R4360-4W engine… Not for aircraft use. I haven’t torn down the engine to see what is or isn’t missing. It is an unbelievable piece of history that is in great shape!

The engine is located in Conway, Arkansas and is currently available for US $120,000, although offers are also being accepted. Click here to check out the listing, which includes additional info and photos. 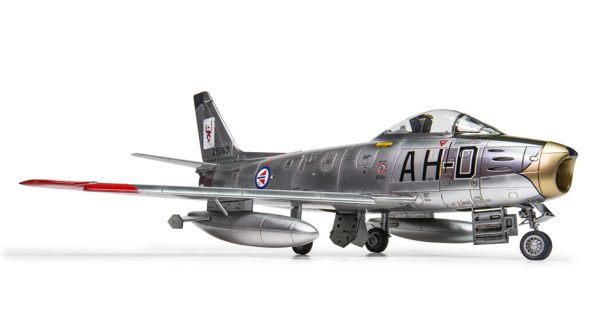 The kit is expected to become available sometime this spring. Click below to check out additional images.

END_OF_DOCUMENT_TOKEN_TO_BE_REPLACED

At the moment details are limited, although the company states that the model is currently in the manufacturing stage, and although they are waiting on a few other details, the main part is ready.

Click below to check out the newly released images.

END_OF_DOCUMENT_TOKEN_TO_BE_REPLACED

Stinson Voyager 108 Project For Sale: “Has All Log Books, Most If Not All Parts”

A 1946 Stinson Voyager 108 project has been spotted for sale. The listing states (in part):

Plane serial number #: 108-371; Engine: Franklin Model: 6A4-150 Serial #: 12876; Price is negotiable… Has all log books and most if not all parts as seen in the photos. Engine has been sitting for a long time, no rust it was never kept outside. Engine needs to be overhauled.

The project is located in West Islip, New York and is currently being offered for US $25,000, although the price is negotiable, as reported in the quote above. Click here to check out the listing. 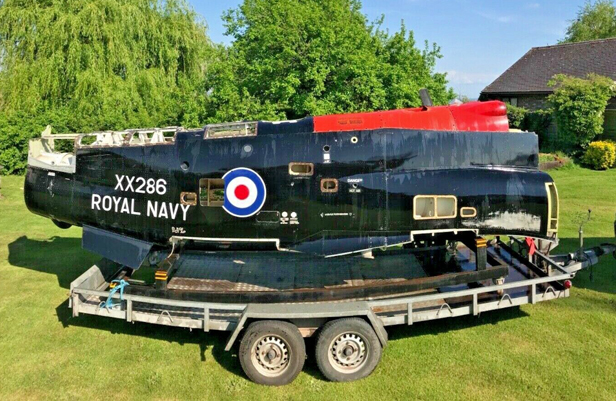 A BAE Hawk XX286 project with fuselage, parts package and Red Arrow XX304 parts has been spotted for sale. The listing states (in part):

The project is located in Shrewsbury, Shropshire, United Kingdom and is available for £12,000, although offers are also being accepted. Click here to check out the listing. 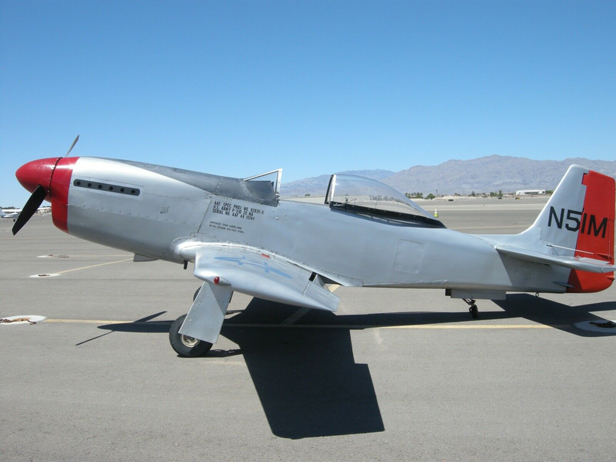 The aircraft is located in North Las Vegas, Nevada and is currently available for bidding. Click here to check out the listing. 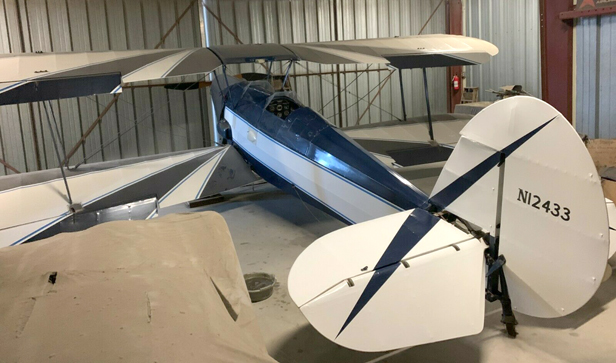 A 1945 SNCAN Stampe SV4C has been spotted for sale. The listing states (in part):

US registered Stampe SV4C, production serial #23, N12433 (aircraft was registered as a 1946 when imported in the US). Experimental, unlimited, airworthiness certificate, 2550 hours total time. Clear title. Aircraft has all logs since new… Aircraft is complete except for the front instrument panel and the correct fuel tank cap… Engine is a 140 hp Renault 4P03 and the serial number matches the number recorded in the European logbooks, 2550 hours total time, (600+ hours SMOH)… Wheels and brakes have been converted to Cleveland wheels and hydraulic disk brakes which greatly increases ground handling capabilities in crosswinds. Aircraft is in storage and will need a through inspection and a current annual condition inspection prior to being flown…

The aircraft is located in Hollister, California and is currently available for bidding. Click here to check out the listing.