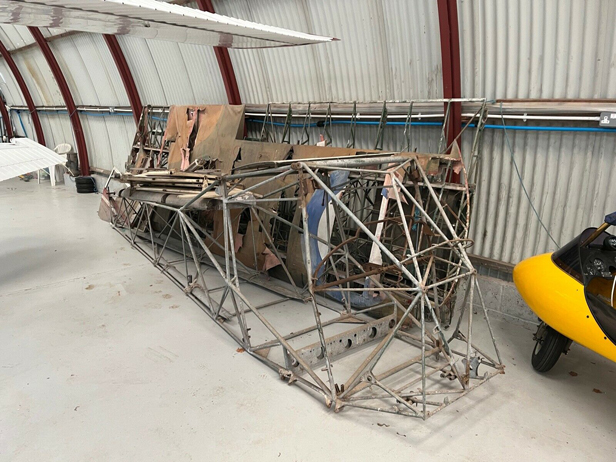 An interesting Auster aircraft project has been spotted for sale. The listing states (in part):

This comprises of a fuselage, two wings, and many parts (tail section, undercarriage legs, doors, seats, floorboards, ailerons, many wooden parts, main struts, and much more not shown in the photos. Not included: instruments, flaps, or secondary struts. The fuselage is believed to have never actually flown as the cockpit floorboard fittings have never been drilled through. It is therefore technically ‘new old stock’. As such the project is registered with the LAA as a ‘replica’ Beagle Terrier 3 currently (to be fitted with a Lycoming O320 engine). I’m sure if you wanted to re-build as a different Auster type, it should be easy to change with the LAA. No engine included!… Lot’s of paperwork, plans and drawings will be included in the sale.

The project is located in Suffolk, United Kingdom and is currently available for bidding. Click here to check out the listing. 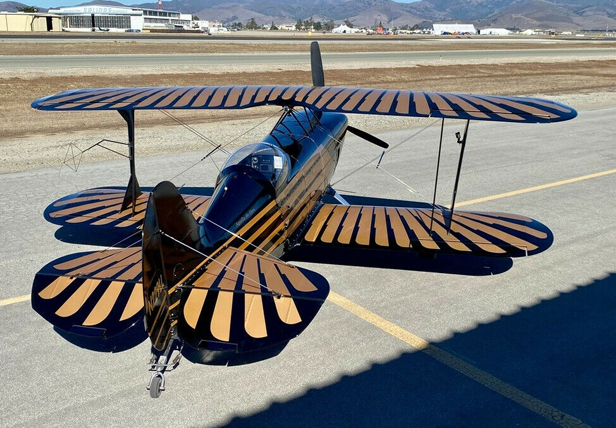 A “ready to fly” 1981 Custom Christen Eagle II has been spotted for sale. The listing states (in part):

The aircraft is located in Carmel, California and is currently being offered for US $107,000, although it appears offers are also being accepted. Click here to check out the listing, which includes additional photos and a lengthy avionics / equipment / modifications list. 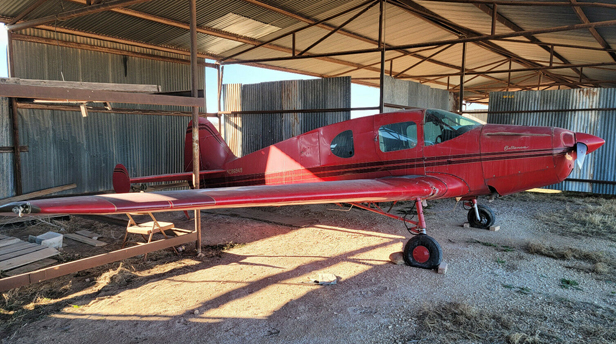 This airplane has been recovered in modern Stits Polyfiber. The engine has only 396 hours since a major overhaul, and compressions at the last annual in 2020 were all 70 and above! This neat airplane suffered damage when it was lead in a formation flight and landed long to accommodate the planes beside him. The pilot was unable to stop on the remaining runway and ran long, into some bushes and a small tree. As a result, there are small nicks and scratches along the leading edges of both wings. All very light and innocent damage… The fixed pitch prop suffered some paint nicks, but no bending at all and no damage that wont file out as you would at annual. With its heavy crankshaft and prop flange, the franklin engine has no A.D. requirements for teardown… The dash has been modernized greatly, with modern gyro instruments in a six-pack configuration, center stack for avionics, circuit breakers and modern switchgear for the electrical. The brakes are S.T.C.’d Clevelands and the retraction mechanism for the gear is hydraulic. Logbooks are included from 1953… The annual just expired this year…

The aircraft is located in Abilene, Texas and is currently being offered for US $8,495, although bids are also being accepted. Click here to check out the complete listing, which includes a great deal of additional photos and details. 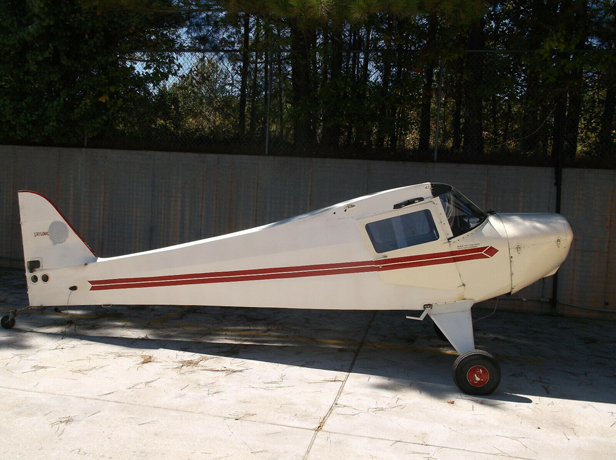 A 1946 Taylorcraft BC-12D airframe has been spotted for sale. The listing states (in part):

This aircraft was given a complete makeover in 2013, at 2,560 total time, only 240 hours ago, which is why it looks so nice, inside and out! Fabric was all replaced with Polyfiber at that time! Lift struts were replaced with new sealed struts to eliminate the recurring AD! New windshield installed. Seat and interior recovered… We are selling the complete airframe, as shown, but without the engine, engine accessories or propeller… This aircraft has very light wing damage, but it was not in an accident! In 2019, while tied down outside, a high wind allowed the airplane to stretch the ropes and the right wing touched the ground… The airplane’s annual expired 9/1/2020 and the airplane has been sitting, disassembled, in a storage locker since disassembly, on it’s gear, not in some barn!

The airframe is located in Newnan, Georgia and is currently available for US $4,495, although bids are also being accepted. Click here to check out the listing, which includes additional details and photos.

As previously reported, the offering (A02109) is being created with the aid of accurate scan data obtained from a surviving Tempest in a UK Museum as well as an abundance of additional research material. It will reportedly “incorporate lots of fine detail, even at this smaller scale and in areas of the design such as the undercarriage bays.”

The kit reportedly includes 68 parts and livery options for two machines: A02109 flown by Wing Commander Roland Prosper “Bee” Beamont of No.150 Wing and A02109 of No. 486 Squadron Royal New Zealand Air Force. As of this writing, the product has “negotiated all of its various development stages and is scheduled for release during the first quarter of 2022.”

END_OF_DOCUMENT_TOKEN_TO_BE_REPLACED 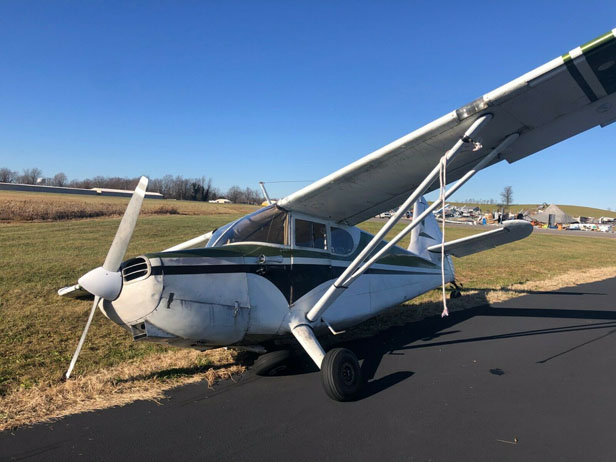 The aircraft is located in Danville, KY and is currently available for bidding with no reserve. Click here to check out the listing.

Details are limited, but the glider (N58354) is located in Bristow, Oklahoma and is currently available for bidding. It reportedly includes a custom trailer. 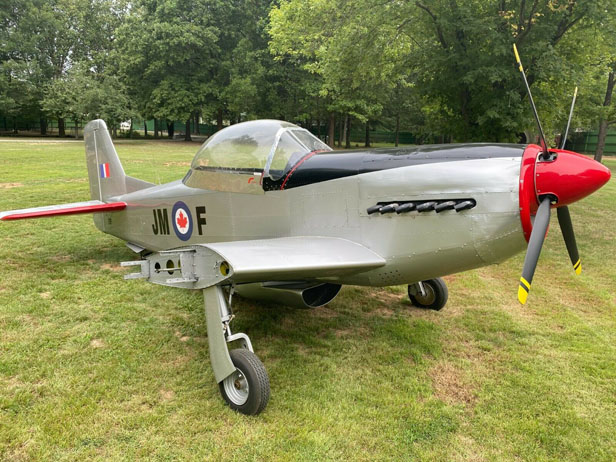 The aircraft is located in Paragould, Arkansas and is currently being offered for US $48,000. Click here to check out the listing. 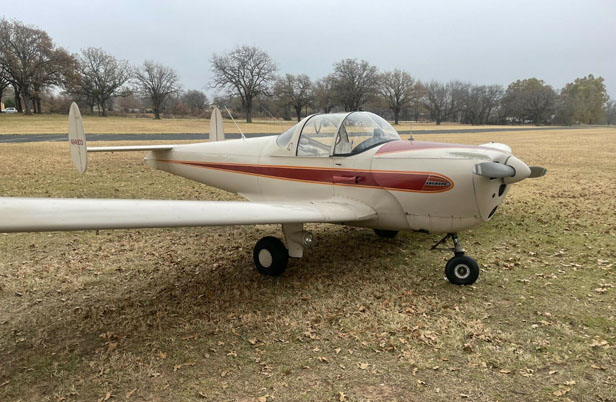 The aircraft is located in Bentonville, Arkansas and is currently available for bidding. Click here to check out the listing. 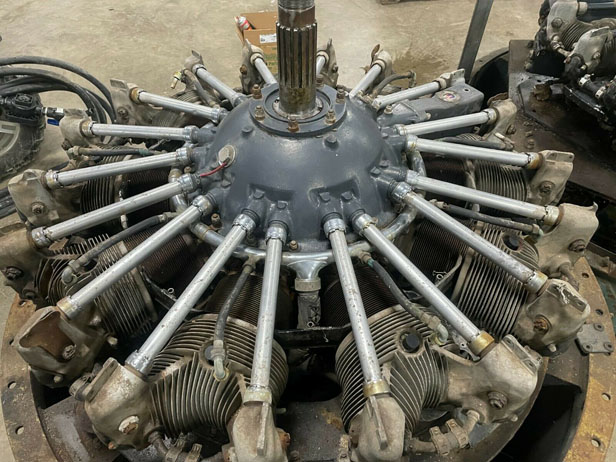 Three Pratt & Whitney R-985 engines have been spotted for sale. The listing states (in part):

The engines are located in Xenia, Ohio. Offers are being accepted. Click here to check out the listing.