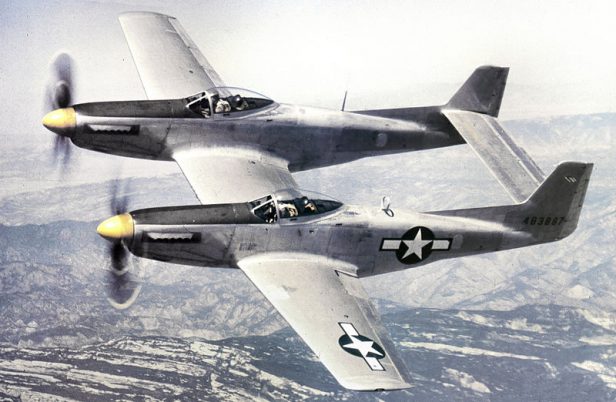 The newly restored XP-82 Twin Mustang Prototype (44-83887) made a much heralded appearance at the 2019 Sun ‘n Fun fly-in in Lakeland, Florida, acting as both a static and flying display.

As previously reported, Tom Reilly of Douglas, Georgia acquired the XP-82 prototype from Walter and Margaret Soplata in 2008 and began restoring the machine to airworthy condition at Douglas Municipal Airport. Additional F-82 parts were sourced from Alaska and Colorado and a rare, left-hand turning Allison V-12 was located in Mexico. Additional components, including full second cockpit controls and a second canopy (one that “is completely different from any P-51 type”) were sourced from San Francisco and Tampa, respectively. On December 31, 2018, the XP-82 performed its first flight since December 14, 1949.

The aircraft made its public debut at Sun ‘n Fun, where it won the title of Grand Champion Warbird. Click below to see it in action at the event.