Kermit Weeks Films Tour of His B-24 Liberator [Video] 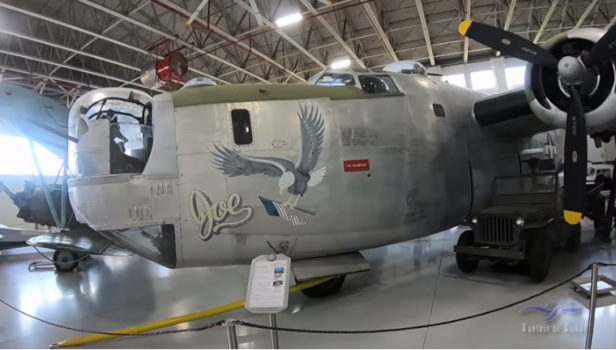 For his latest edition of “Kermie Cam” Fantasy of Flight owner Kermit Weeks conducted a video tour of his B-24J Liberator.

This particular aircraft was one of four surplus Indian Air Force B-24 bombers acquired by collectors in the early 1970s before being purchased by Weeks and flown to Fantasy of Flight in the early 1990s. It will reportedly undergo a complete restoration before flying again.

The video consists of a walk-around and walk-through and includes an abundance of interesting details. The tour will be covered in two parts, the first of which can be seen below.

(via Kermit Weeks Additional Information via Fantasy of Flight)