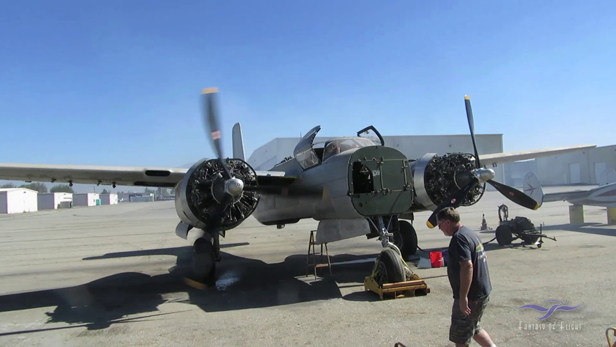 Fantasy of Flight owner Kermit Weeks has shared a new update on his A-26 restoration, including footage of the machine coming to life, a “major milestone” in its progress.

As previously reported, the aircraft (S/N 41-39401) reportedly saw wartime service with the 9th Air Force and served with the Van Nuys Air National Guard before beginning civilian use as N3457G / “Whistler’s Mother.” Later acquired by Weeks, the A-26 was damaged during Hurricane Andrew in 1992 and trucked to Chino in 1997, where it is now being restored by Carl Scholl and Tony Ritzman of Aero Trader.

Kermit notes that they “are starting to make serious progress towards completion.” Stating “the airplane was already very original, but it’s being restored to an even higher degree of authenticity. When completed, there will never be an A-26B to compete with this one.”

Next post: For Sale: Aero L-39C Project “Undamaged, Full Logs Since Day One”