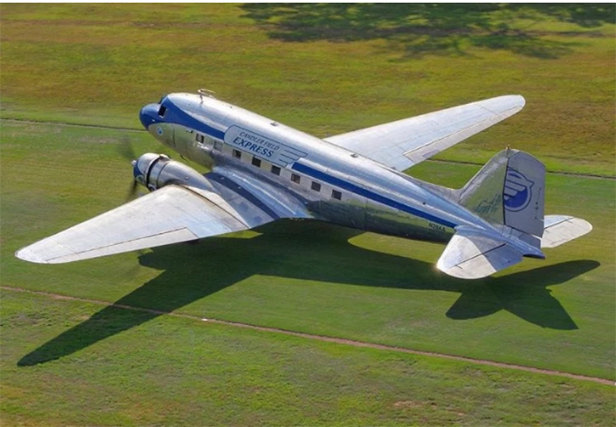 It was the fifth DC-3A delivered to Braniff Airways in 1940 as N25666. In April 1953 the aircraft was sold to Trans Texas Airways who operated it for the next 15 years. It then flew with various airlines including Eastern Express Airlines, a subsidiary of Eastern Airlines. It was eventually acquired by the late Ron Alexander, who performed an overhaul of the machine, installing a new passenger interior and applying the polished / painted finish. It was sold to the current owner in 2017.

The aircraft is located in Georgia and is currently being offered for $350,000. Click here to check out the complete listing.
​