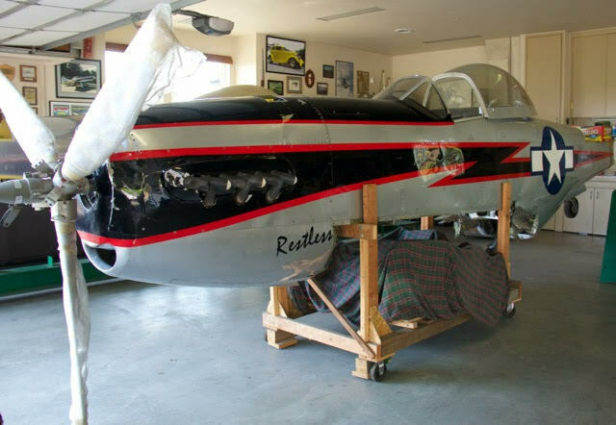 A P-51 project described as a “flying experimental homebuilt 80% scale replica” has hit the market. The listing states (in part):

Here was a flying experimental homebuilt 80% scale replica of a P-51 Fighter. Two seats. Made the cover of Sport Aviation with a detailed article in 1996. It suffered a landing mishap and needs repairs or rebuilding. All aluminum construction. The original fuselage has many parts that can be used on the nearly finished second new fuselage. Most control surfaces and landing gear are reusable. The 3 blade constant speed propeller has been overhauled. The engine is a Lycoming GO-480 290 HP and is installed in the original fuselage. It will need inspection before further flight. The main part of the project is to build a new wing. Digital wing plans, sheet aluminum for ribs, and wing skins included.

The project is located in SW Washington near Portland, Oregon and is currently being offered for US $25,000, although bids are also being accepted. Click here to check out the complete listing.