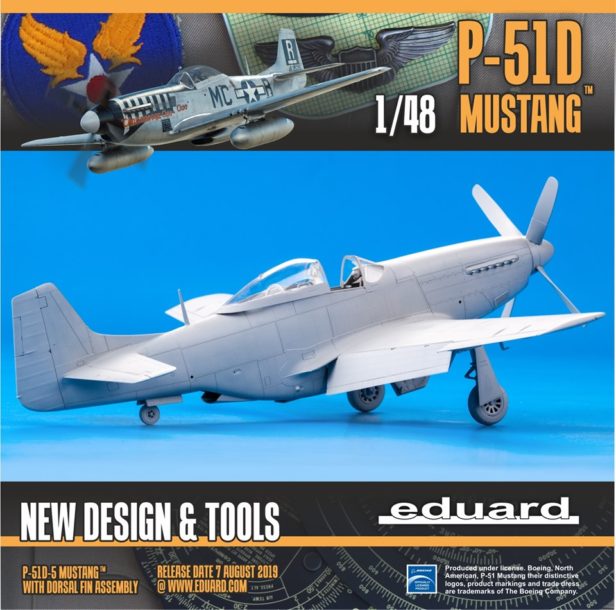 As previously reported, the offering (11134) is described as the first item based on the new 1/48 P-51D Mustang kit and is focused on the D-5 production block with additionally mounted dorsal fin fillet assembly. It includes decals by Cartograf for six markings of 8th and 15th USAAF Mustangs.