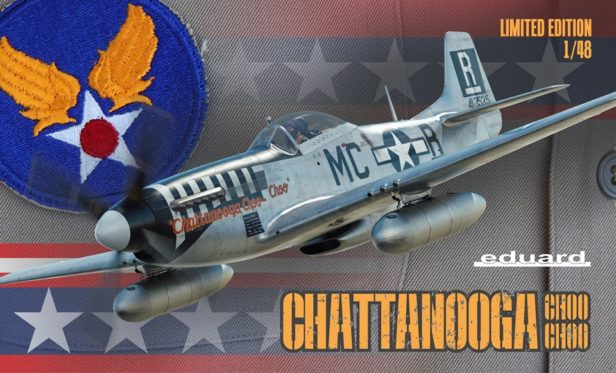 Eduard has released an update on its upcoming, limited edition “Chattanooga Choo Choo” P-51D model kit, which includes the box art seen above.

The offering (11134) is described as the first item based on the new 1/48 P-51D Mustang kit and is focused on the D-5 production block with additionally mounted dorsal fin fillet assembly. It will include decals by Cartograf for six markings of 8th and 15th USAAF Mustangs.

The kit will reportedly be released as a “show special item” for IPMS USA Nats in Chattanooga on August 7th, 2019. From that date will be available also on the Eduard webstore and by selected retailers. 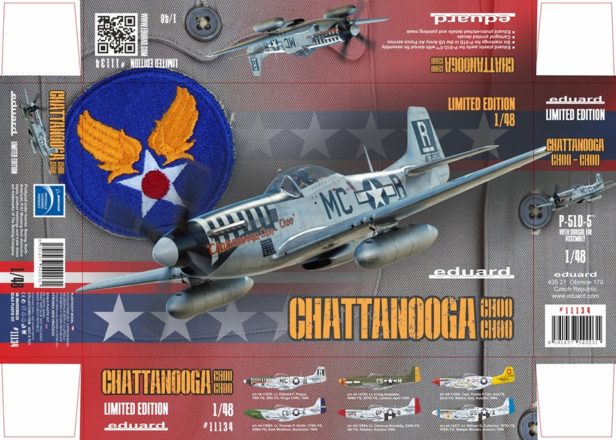 (via Eduard and Eduard Additional Information via Scalemates)