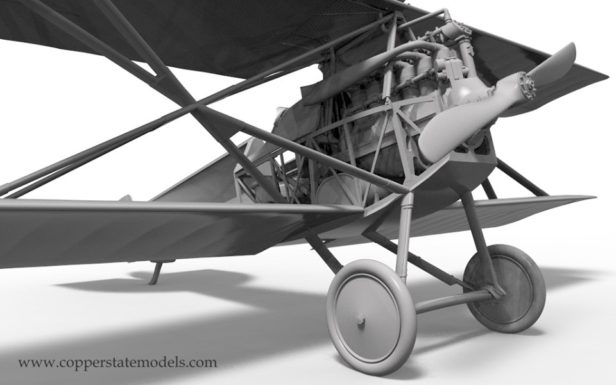 In addition to their recent Nieuport announcement, Copper State Models has revealed that they recently completed work on a 1/32 Hansa Brandenburg D.I model for future release.

The D.I was introduced in 1916 bearing a unique “star-strutter” configuration of interplane struts, a single Schwarzlose machine gun and an Austro-Daimler powerplant. Although some examples served through the remainder of the WW1, it was plagued with handling difficulties that earned it the nickname “the coffin.”

Details on the kit are scarce at the moment, although it is currently slated for an early 2020 release. Click below to check out an additional image.