Airfix has released an update on its upcoming new tool Spitfire FR Mk.XIV in 1/48 scale.

The update offers the first images of the completed model wearing its “lead scheme option” representing NH902 VC-P ‘Lazy Lady V’, flown by Squadron Leader James Bernard Prendergast of 414 Squadron, RCAF. This particular livery was worn by the machine when Prendergast scored his double Fw 190 kill on May 2, 1945 and when he was flying on VE Day.

The kit (A05135) was developed with the aid of “a vast collection of research materials, original drawings and photographs relating to Spitfire production” as well as computer base model shape data from their Spitfire Mk.1 kit released in 2014. A second livery representing TZ112 will also be included.

The kit is currently slated for release at the end of the month. Click below to check out additional photos. 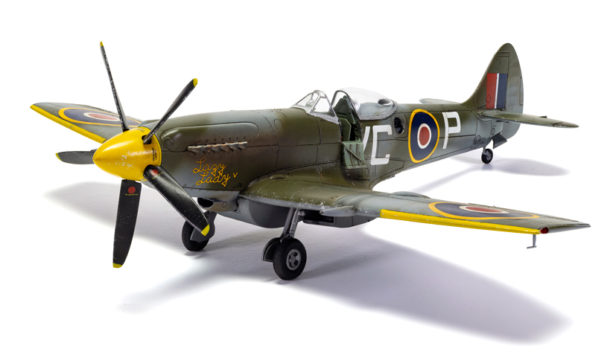 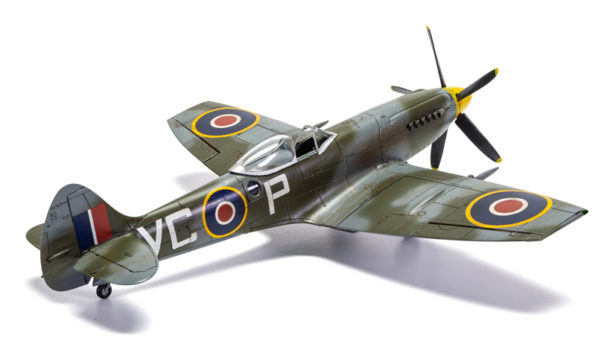 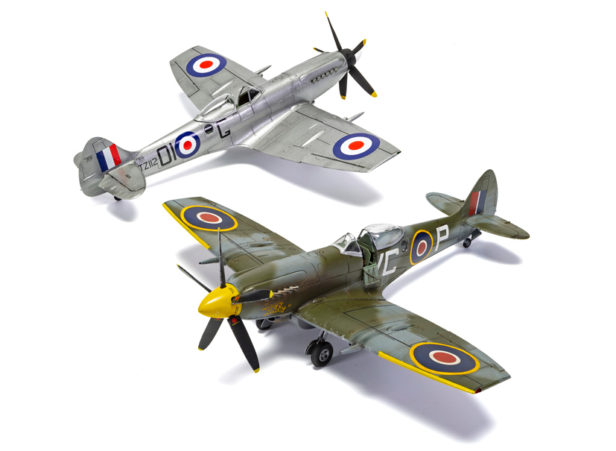