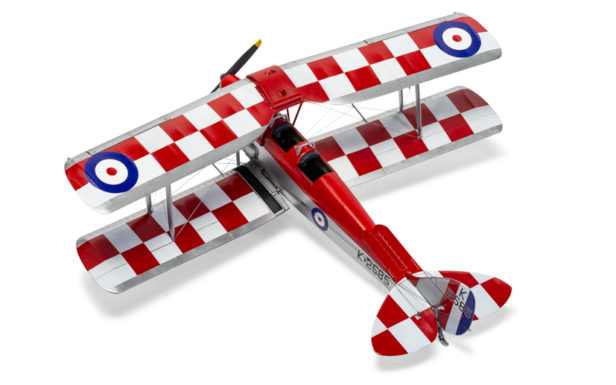 As previously reported, The kit (A04104) was developed to be “as accurate as possible,” utilizing original research data and engineering drawings as well as information gathered from an airworthy Tiger Moth at Headcorn Aerodrome. It also incorporates a “clever design feature” for builders looking to achieve maximum detail:

The wing internals have tiny and rather discrete indentations which serve as a guide to the placement of rigging holes, should you decide to go for total authenticity with your build, holes which are not visible if you elect not to rig the model.