For Sale: Douglas A-26B Invader “One of the Last in Combat Configuration” 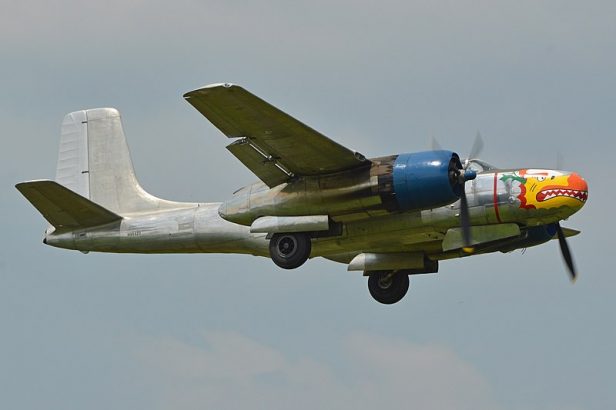 The aircraft is described as one of the last existing examples of the type that is in its combat configuration, having never been a tanker or converted to executive use.

It left USAF surplus stocks directly for the Nicaraguan Air Force where it served as a front-line aircraft until the late 1970s. During this time maintenance was performed under the Military Assistance Program at Albrook AFB, Panama, including the installation of an approved spar strap. Since its return to the United States it has been left in its combat configuration, a virtual time capsule, perfect for the warbird collector or operator that wants a true combat configured aircraft.

The machine is located in Huntington, IN and is currently being offered for $525,000. Click here to check out the complete listing.