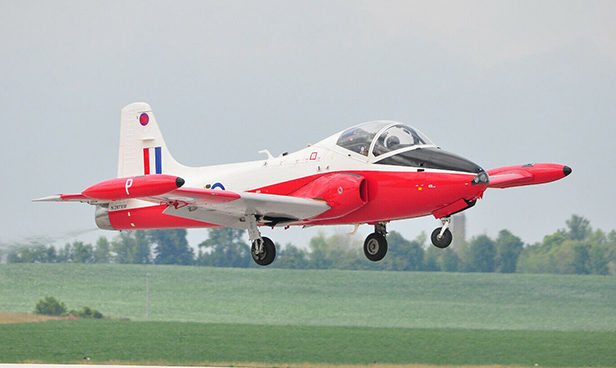 N287XW (Ser XW287) is the first pressurized Mk. 5 to roll off the assembly line at the British Air Corporation. It was used by the Royal Air Force as a jet trainer and as a demonstration aircraft. It flew as part of the “Red Pelican’s” Team. N287XW was imported into the USA in 1994 and then acquired by the current owner in July 2017. N287XW flew at Oshkosh 2018 with the RAF Spitfire & RAF DHC-1 Chipmunk as part of the RAF 100th Anniversary Showcase.

The aircraft reportedly includes Cleveland brake conversion and is described as “ready to fly.” It is also touted as offering a host of recent updates:

The machine is located in Commerce, Texas and is currently available for bidding. Click here to cehck out the complete listing.