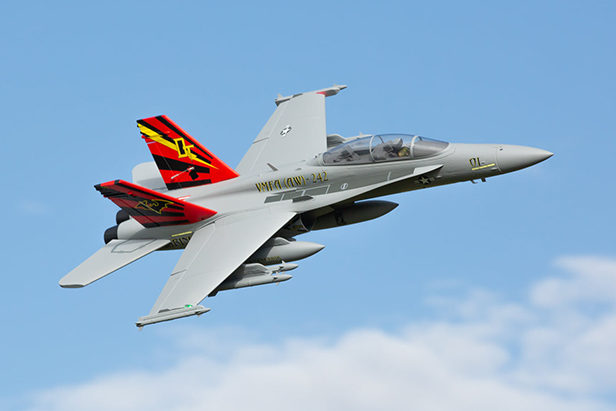 The model is fashioned from durable, fully-molded EPO material and has landing gear described as “the most scale-like landing gear of any F-18 EDF model yet” – with shock-absorbing, trailing-link struts painted white for a realistic appearance.

It will reportedly be available in PNP (EFL3975) as well as BNF Basic (EFL3950) versions, with the BNF Basic model offering optional-use SAFE Select flight envelope protection and AS3X technology for “unmatched stability and locked-in feel.”

The model is expected to be released this month. Check out a promo video below.

Next post: “Only Airworthy Example” of Rare Boeing YL-15 Scout Offered For Sale