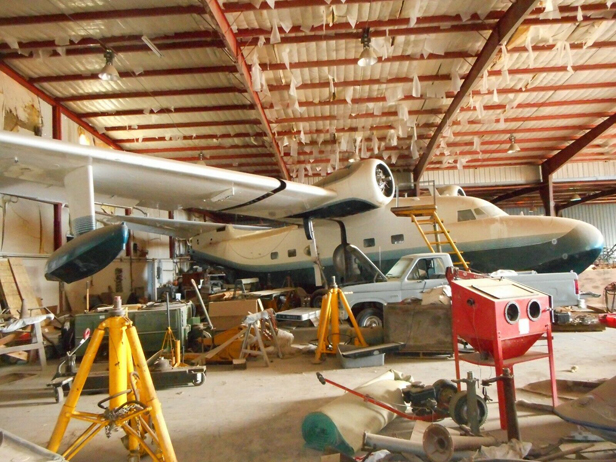 A 1951 Grumman HU-16B Albatross project has been spotted for sale. The listing states (in part):

Total time is 7316hrs. Engines TSOH is 241hrs, Props TSOH is LH 241, RH is 1.0hr. The Aircraft was an Air-force Triphibian, that was completely restored in the mid-90s. It was kept airworthy until 2002. It was repainted in 2005 and put into indoor storage in 2006. The wings got damaged during relocation, damage is shown in the pictures. The right engine is seized from rain water, could need some cylinders replaced. The flight controls need to be recovered. It has military avionics installed. It is the only Albatross that carried Watercraft under the wings. Since the Aircraft has not been operated in such a long time, there would be a considerable work to bring the aircraft back to airworthiness. It is not located at an Airport and will need to be relocated prior to flight.

The machine is located in Vail, Arizona and is currently being offered for $200,000. Click here to check out the complete listing.