Spitfire PT462 “In Need of Some TLC” Following Gear Up Landing 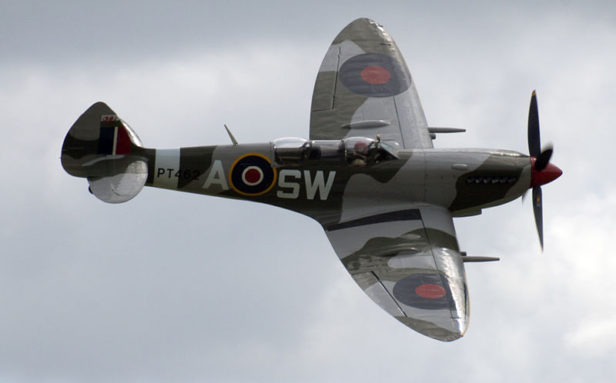 The Aircraft Restoration Company (ARCo) has announced that Spitfire T.9 PT462 “Indy” “is in need of some TLC” following a gear up landing earlier today.

The incident reportedly occurred during an ARCo flight to Denham Aerodrome. Both the pilot and co-pilot were unharmed, although the aircraft sustained damage that will be evaluated upon its arrival back to ARCo’s Duxford facility.

The machine was originally built as a single-seat HF IX in 1942 and went on to serve with 253 Squadron in the Mediterranean as well as the Italian and Israeli Air Forces. Its remains were recovered from Israel in the early 1980s and transported to Winchester, UK, where it was rebuilt by Charles Church – being converted to a two-seat T.9 in the process.

PT462 returned to the air in 1987 and remained in Winchester until the mid-1990s, when it was relocated to Florida, and then back to the UK, being based at North Wales and operated by Anthony Hodgson/Dragon Flight. The machine was acquired by ARCo in 2017.

ARCo reports that they have “begun the process of recovering the aircraft back home” from Denham Aerodrome and state, “will do everything we can to have Indy back in the skies, dancing with the clouds again, as soon as possible!”