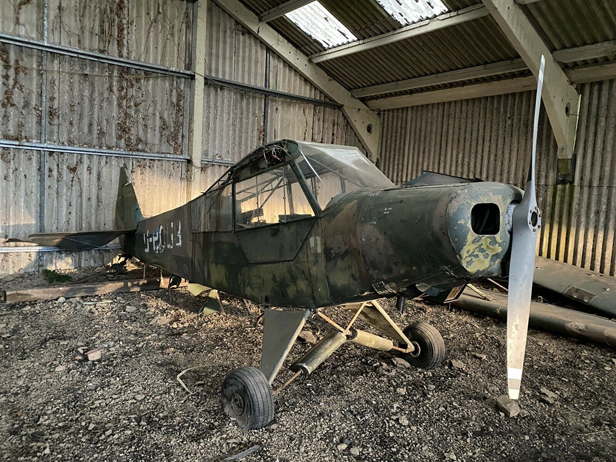 Described as a military version of a Piper PA18, this particular machine was reportedly built in 1952 and is equipped with a Lycoming O-290-D2. The listing states (in part):

The plane had been stored from 1981 in a farm shed which was purchased in a land sale. It was then outside for around 6 months before we initially listed the plane. When the plane was first listed, we had a lot of storms which unfortunately caused some damage to the wings (shown in the photos)… This is a 1954 rare military version of a Piper PA18, called L21B. They are very sought after. a good thing is that every single part is available should you need it.

The project is located in Tonbridge, United Kingdom and is currently being offered for £7,000, although offers are also being accepted. Click here to check out the complete listing.