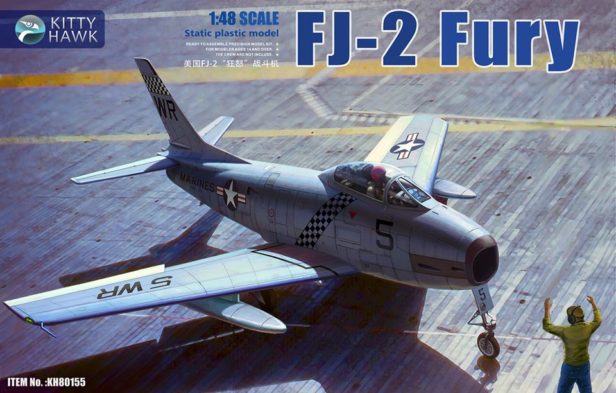 The FJ-2 is a variant of the F-86 Sabre which was adapted for carrier use with the addition of folding wings and modified nose gear. It was introduced in 1954 and saw service with the US Navy and Marines before being phased out in 1962.

Details on the upcoming kit (KH80155) are scarce, although it is reported to include plastic sprues and decals for a number of machines. A few photos have also been released, additional examples of which can be seen below.

Next post: Just In Time For Christmas: Grumman F3F Pedal Plane For Sale