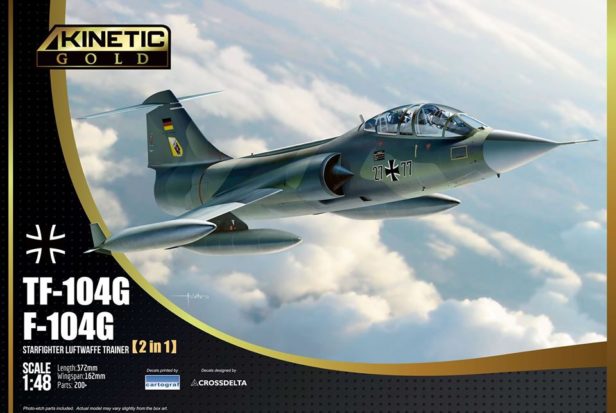 Kineticmodel has announced the upcoming release of their new F/TF-104G Starfighter model kit in 1/48 scale.

The new product (48089) is reportedly based on Kinetic’s new tool F-104G (48083) released last year, and appears to include photo-etched parts and Cartograf decals. It is also labeled as “2 in 1,” which reportedly means that the kit allows either the single or two seat F-104G to be built.

The new F/TF-104G is currently slated to become available by the end of June 2020.