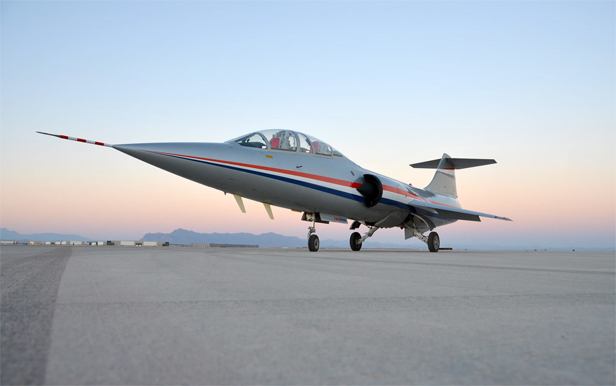 This particular two seat Canadian Starfighter was flown over ten years by the Canadian Armed Forces , being delivered in May 1962. It served with the test squadron at Cold Lake, and when the Canadians wanted to decrease their operational F-104 fleet, they sold this jet to the Norwegian Air Force on 20 July 1973. It received serial “4633” and served 334Skv at Bodo Air Base until its retirement on 9 December 1982, where it was put into storage.

The airframe reportedly has 2500 hrs TTSN (400 hrs since restoration by Unlimited Aircraft, Chino, CA) while the General Electric J-79-7 engine has 1200 hrs SMOH by Orenda of Canada. It last flew in November of 2008, but has been “maintained in flyable storage since then.”

The aircraft is located in Arizona and is available for $850,000. Click here to check out the listing.