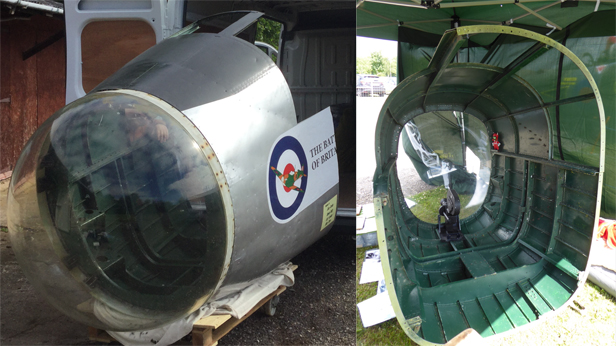 A B-25 nose (USAAF USAAC 44-31171) touted as an original and important part of aviation heritage and film history has hit the market. The listing states (in part):

This is an original B-25 nose that was modified for use as a camera nose. It belonged to the legendary John ‘Jeff‘ Hawke and used the spare dome he had for the Battle of Britain Film used on Psychedelic Monster. The nose was fitted to the B-25 now on show in Duxford American Air Museum. I bought it a few years ago and put it into Psychedelic monster colours. My collection is about to go to the next level, so selling her seems a good idea. She is an important part of aviation heritage and film history, but could be put back into standard.

The nose section is located in Salisbury, UK and is currently available for bidding. Click here to check out the complete listing.