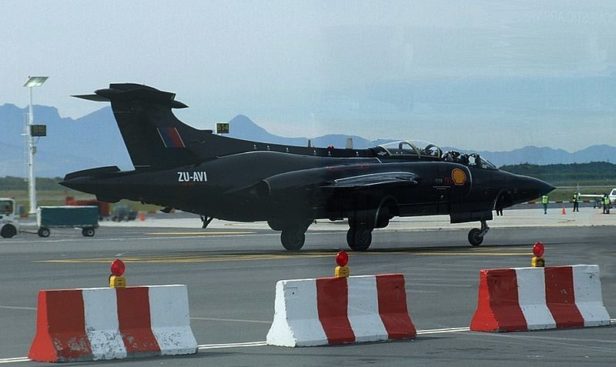 Three examples of the Blackburn Buccaneer S Mk 2B are currently available for sale. The listing states (in part):

The Blackburn Buccaneer was a British low-level strike aircraft with nuclear weapon delivery capability serving with the Royal Navy and the Royal Air Force between 1962 and 1994, including service in the 1991 Gulf War. Designed and initially produced by Blackburn Aircraft at Brough it was later known as the Hawker Siddeley Buccaneer when Blackburn became a part of the Hawker Siddeley group. The final three, all owned by Thunder City (XW 986 – now ZU NIP , XW 987 – now ZU BCR and XW 988 – now ZU AVI ) were built specifically for the Defence Ministry (MoD) and primarily used on countless research programs.

The listings can be found here (ZU-AVI, pictured above), here (ZU-BCR) and here (ZU-NIP). Pricing is available upon application.