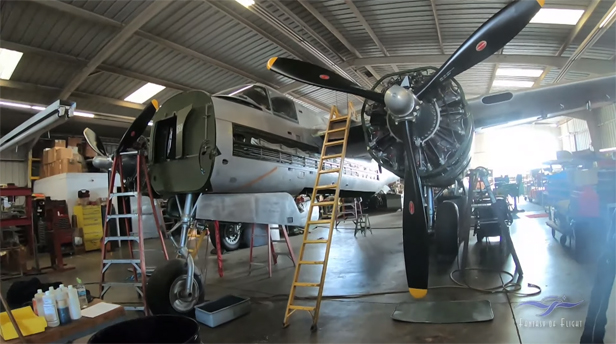 Kermit Weeks has released an update on his Douglas A-26, which is currently undergoing restoration at Aero Trader’s in Chino CA.

As previously reported, the aircraft (S/N 41-39401) reportedly saw wartime service with the 9th Air Force and served with the Van Nuys Air National Guard before beginning civilian use as N3457G / “Whistler’s Mother.” Later acquired by Weeks, the A-26 was damaged during Hurricane Andrew in 1992 and trucked to Chino in 1997, where it is now being restored by Carl Scholl and Tony Ritzman of Aero Trader.

Click below to check out the new video overview of the recent progress.