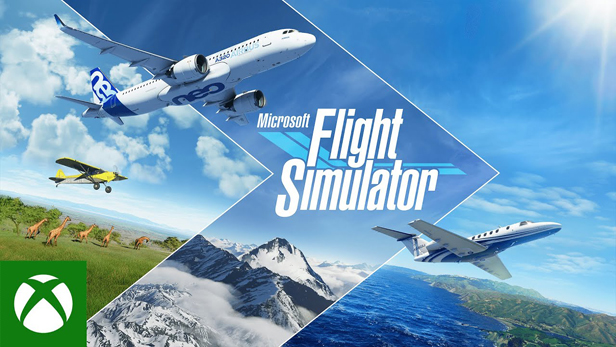 Microsoft’s highly anticipated new Flight Simulator will be released on August 18, 2020. A new launch trailer has also been released (which can be seen below) as well as a number of additional details.

The simulator will reportedly be available for Windows 10 and Xbox Game Pass for PC and will come in three versions: Standard Edition, Deluxe Edition and Premium Deluxe Edition:

The simulator will also available as a retail disc version at European stores via Aerosoft. As previously reported, the new installment of Flight Simulator is described as offering highly detailed and stunning aircraft ranging from light planes to wide-body jets which operate in “an incredibly realistic world.” Flight plans and flying will reportedly be available anywhere on the planet with a focus on “the authenticity of flying and visually stunning environments.”

Click below to check out the new launch trailer, tables detailing aircraft and airports available for all three versions as well as the product page. 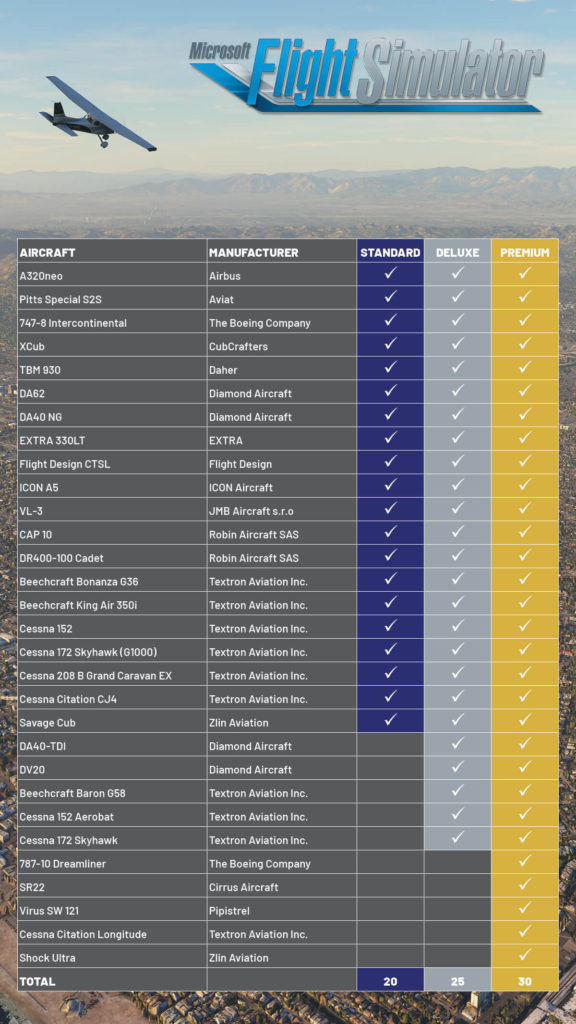 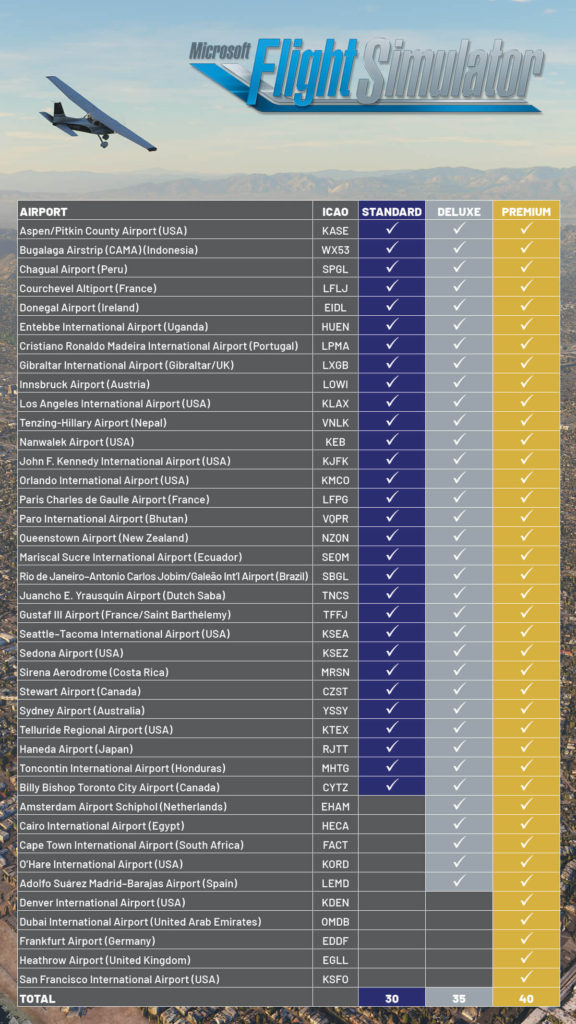