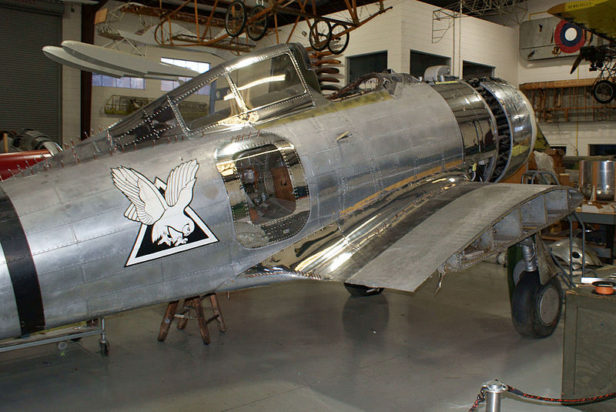 Kermit Weeks has posted a new update on the restoration of his extremely rare Seversky P-35A.

As previously reported, the machine was acquired years back in a trade with the USAF Museum and is reportedly one of only three remaining examples of the single seat fighter, which was introduced in the mid-1930s and saw limited action at the beginning of WW2. It came from the Swedish Air Force and was stored in underground bunkers during the war, which resulted in significant pitting and surface corrosion. Additional damage was sustained when Hurricane Andrew struck Kermit’s by Florida-based Fantasy of Flight attraction in 1992. When complete, this will be the only airworthy example of the type in the world.

The new update details work to the wings. Click below to check it out. 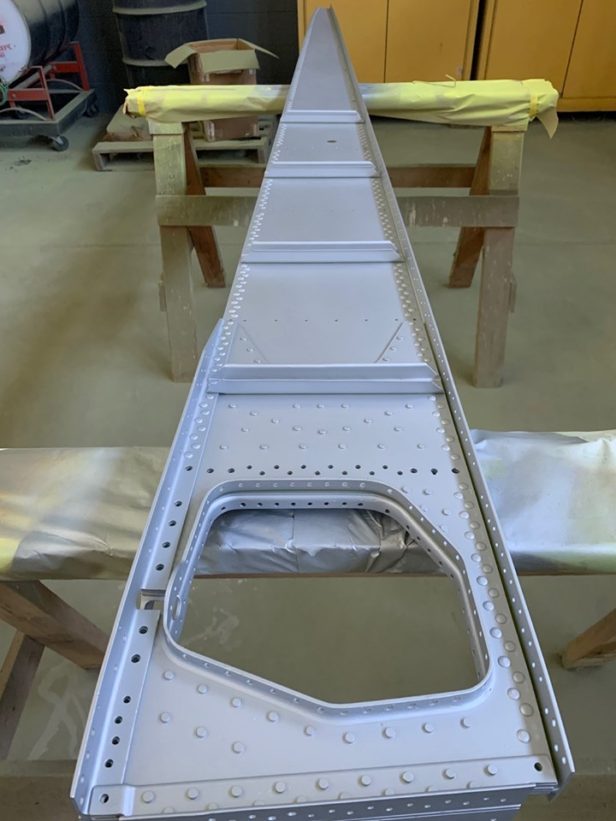 Here the main spar is fairly assembled for the left wing, which is currently completely blown apart!

Here are some recently painted nose ribs drying in in our paint booth.

Every part has been derivited, cleaned up or replaced, and reassembled!

Here, Rick begins the process of reassembling the leading edge with the almost completed right wing in the background!

Here's another shot from the root end of the wing. These major assembles came apart as units and will be reassembled in reverse order and then reinstalled and back into the wing jig they came out of!

Here, Rick makes a new skin, using of of the old ones as a pattern. ALL the external skins on this aircraft will be…