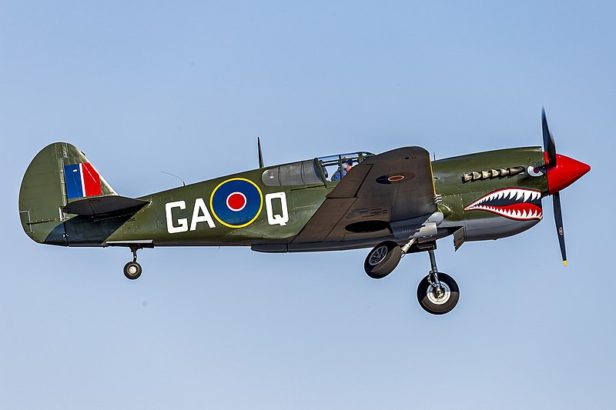 VH-ZOC Curtiss P-40N Kittyhawk c/n 28449. Built to USAAF order as 42-104687 but diverted to the RNZAF as Kittyhawk Mk IV NZ3215. Sold for scrap post-War and remained at Asplin’s Supplies, Rukuhia New Zealand, 1952-60. Rescued and the hulk was eventually purchased by Allan Arthur and exported to Australia. Restoration work at Wangaratta and Deniliquin. Restoration completed at Pioneer Aero, Ardmore, New Zealand. Restoration completed 2006. Shipped to Australia in August of 2006 and registered VH-ZOC. The P-40N is painted in RAF 112 (Shark) Squadron green livery (with Code GA-Q). RAF 112 Sqn fought against Rommel in the Middle East during WWII.

According to the listing, the airframe has 265 hrs since restoration by Pioneer Aero, while the Allison V-1710-115 engine has 265 hrs SMOH by Cascade Engines. The aircraft is “licensed and flying in Australia,” and is currently being offered for $1,795,000 USD. Click here and here to check out complete listings.