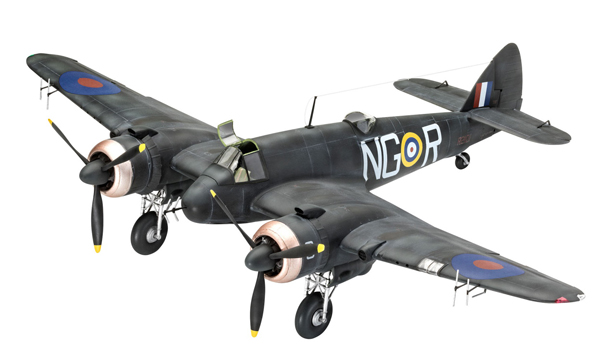 Revell has released its new night fighter version of the Bristol Beaufighter in 1/48 scale.

As previously reported, the new offering (03854) is a updated version of the new tool Beaufighter (03943) released in 2018 and reportedly includes new parts, a cockpit with consoles and instrument panel, separate rudder, V-tail with separate elevators, detailed Hercules engines and separate ailerons and flaps.