1941 Fairchild PT-19, “One of the Finest In Existence” Offered For Sale 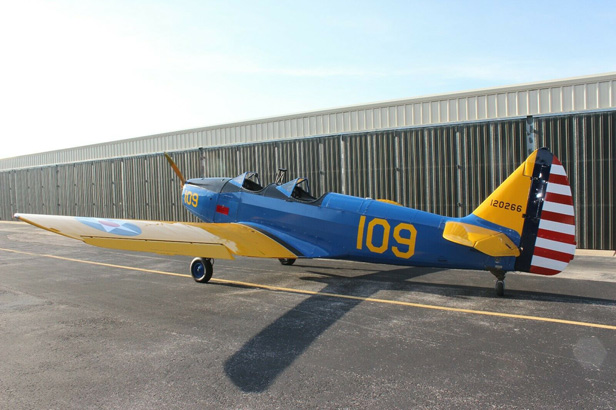 …meticulously maintained and cared for. Historically speaking, this aircraft was on the assembly line, at the Fairchild Plant, when the United States entered World War II, December 08, 1941. The Aircraft was delivered to the U.S. Army Air Corps, Bonham Field, Texas, 302d Squadron, late December 1941, for use as a primary flight trainer. An absolute pleasure to fly! Ranger 200HP inverted 6 cylinder engine with great cylinder compression, operates flawlessly. Designed with a wide main gear stance to reduce the possibility of ground loop. Very easy to land and control on the ground, with rudder controlled tail wheel.

The aircraft is located in Huntsville, Texas and is currently available for bidding. Click here to check out the complete listing.