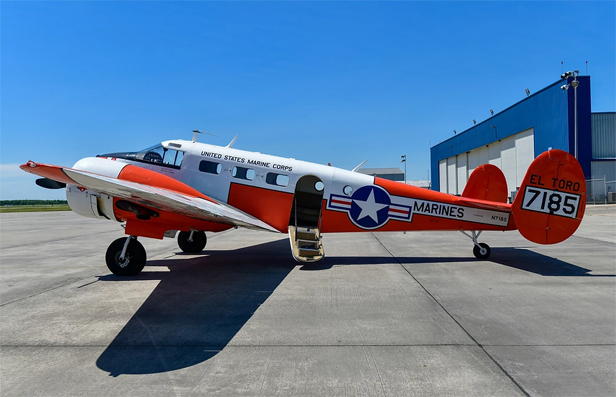 Originally built as a 3NM Navigation Trainer for the Royal Canadian Air Force, this beautiful Beech-18 was returned to SNB-5 configuration during a 2000-01 restoration. Sold by the RCAF in the late 70’s, it subsequently went through a number of owners but has never been a freighter.

The machine was featured in the May/June 2016 issue of Warbirds Digest as well as the 2011 Ghosts calendar (Nov.) and was even the subject of a die-cast model. It is located in Texas and is currently being offered for US$199,500. Click here to check out the complete listing.