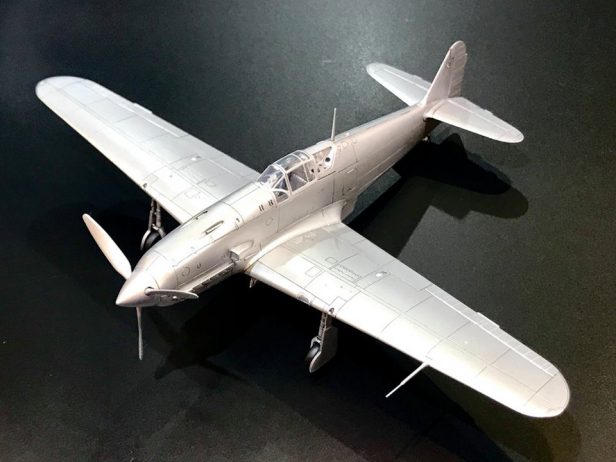 At a hobby show in Shizuoka City, Japan this past weekend, Tamiya unveiled the prototype of a new kit that will apparently be released sometime in the new year.

Although no details have yet been released, it appears that the kit will represent the Kawasaki Ki-61 Hien in 1/72 scale.

The Japanese Ki-61 fighter was designed by Takeo Doi and Shin Owada and manufactured with a license-built versions of the Daimler-Benz DB 601Aa and 605 engines. The type performed its maiden flight in late 1941 and, although plagued by a number of shortcomings, proved effective against P-40s and was even used to engage B-29 bombers at high altitude. It went on to serve until the end of WW2 with about 3,000 examples being produced.

Click below to check out additional photos of the upcoming model.

Posted by TamiyaUSA on Thursday, December 14, 2017

Posted by TamiyaUSA on Thursday, December 14, 2017