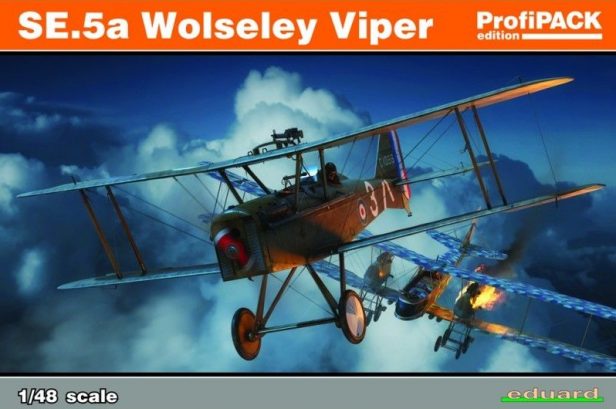 Eduard’s new releases for March include this new tool ProfiPack Edition of the Wolseley Viper-powered S.E.5a in 1/48 scale.

The Viper engine was produced by Wolseley Motors, Ltd. as an improved version of the popular Hispano-Suiza engine, offering an increased compression ratio and a second oil pump which resulted in increased RPM and horsepower. Eduard has also created a new tool 1/48 kit representing the Hisso-powered variant which will be available in Royal Class and ProfiPACK editions. These kits are currently slated for release in May and August, respectively.

Next post: A-7 Corsair Cockpit With Full Instruments, HUD and Ejection Seat Hits The Market

Previous post: Documentary Film to Chronicle Discovery, Restoration and Flight of the C-47 That Led the D-Day Invasion [Video]