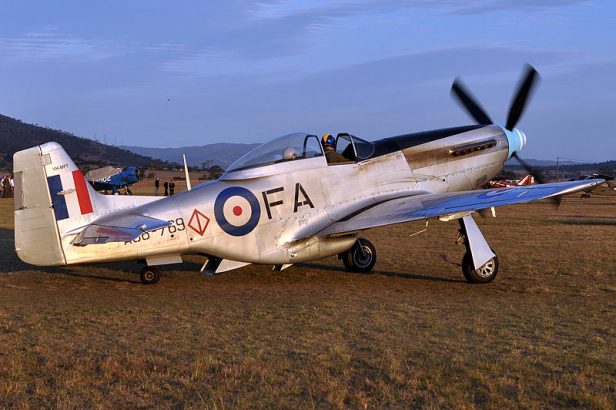 Complete Aircraft Care of Caboolture, Queensland has reported a major milestone in the overhaul of CA-18 Mk. 21 A68-110 with the reunification of the machine’s fuselage and wing.

The aircraft, an Australian-built example of the P-51D, was delivered to the RAAF in 1948 and saw little service prior to being decommissioned in 1957. After being sold, it sat for nearly four decades before becoming the focus of a seven-year restoration by Sandora Aviation in North Brisbane, during which it was converted to a two-seat configuration. In 2002 it returned to the air and is now the the centerpiece of the Caboolture Warplane Museum, providing regular flight experiences with the nonprofit Mustang Flights Australia while also supporting local war service commemorations.

Following the rebuild, the Mustang will reportedly “be better than original” and as historically correct as it was when it came off the production line. The exacting work even includes minor changes to the livery to make it a better representation of A68-769 “Snifter,” a machine that served with 82 Squadron in Japan and 77 Squadron in Korea.

Currently, the Mustang is said to be “very near completion” and will undergo full power ground runs and a test flying program before returning to commercial operations. Click below to check out a video of the recent joining of the fuselage and wing.

On the 8th Dec 2017 a major milestone in the return to flight of Mustang Flights Australia CA18 MK 21 (Australian built P-51D) Mustang. Better known as Snifter she is undergoing a major overhaul which is very near completion. This video shows the mating of the Wing and fuselage once more.

Thank you to all who assisted in this video and the work on the aircraft. More exciting video and information to come in the near future.

To learn more about flight experiences in the Mustang, click here.