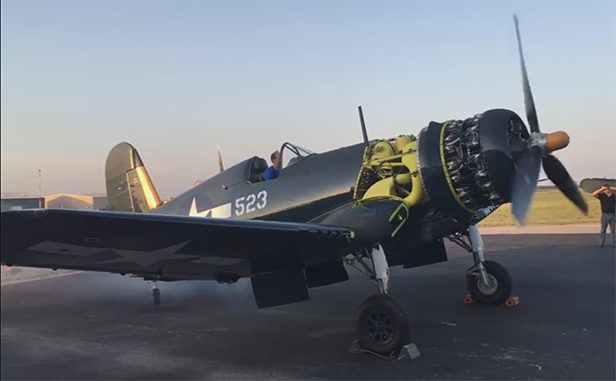 As previously reported, the aircraft (88303) was built by Goodyear in April 1945 and delivered to Marine Squadron VMF-115 in the southern Philippines, seeing combat in July and August. Following the war, it passed through the hands of a number of owners (including Flying W and the Champlin Fighter Museum) and, in 1995, commemorated the 50th anniversary of the end of WW2 by launching off the deck USS Carl Vinson. It was acquired by FHCAM in September 1998.

The aircraft is currently scheduled to make its flying debut with FHCAM at the museum’s Pacific Theater Day event at Paine Field in Everett, WA on June 24th.

Click below to check out video of the flight.